Trump, Iran and the Fate of the JCPOA Nuclear Deal — Sasan Fayazmanesh

This interview originally appeared in Counterpunch. Hear more from Sasan Fayazmanesh at CASI’s webinar on Feb. 1, 2021, “US-Iran Relations in the Biden Era: What’s Next?” Click here for more details or to register. 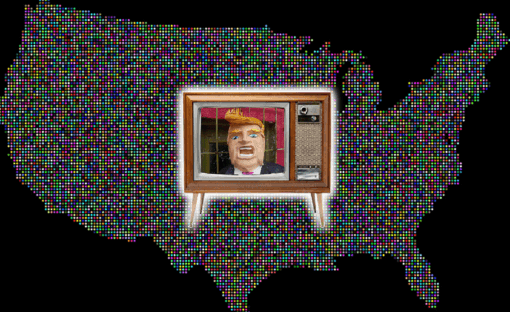 On 12 May 2018, Donald Trump will be deciding the fate of the 2015 Iran nuclear deal, officially known as the JCPOA, and whether the US will decertify and withdraw from the multilateral agreement. Recently, The Washington Post wrote that Trump will exit from the deal. But The Economist writes that staying in the deal is also a possibility. The EU signatories to the agreement have increasingly tried to keep and implement the JCPOA. A diplomatic source in Washington has told RIA Novosti that the EU has no plans to renegotiate the JCPOA with Iran.

Persia Digest has conducted an interview on the future of the Iran nuclear deal with Sasan Fayazmanesh, Professor Emeritus of Economics and former Director of the Middle East Studies Program at California State University, Fresno.

Are Trump’s recent decisions in appointing his new Secretary of State and choosing John Bolton as National Security Advisor an indication that he may withdraw from the JCPOA? How will these US cabinet turnovers affect relations between Iran and the US in general, and the JCPOA in particular?

In the first few months of Donald Trump’s presidency some commentators were asking if there is actually a method to his madness. By now it has become clear that the answer to that question is a resounding “no!” The man is erratic and, often, irrational. He appears to be impulsive, prejudiced, xenophobic, jingoistic and, at times, paranoiac. He does not seem to be the kind of person who would accept a well-reasoned argument. His continuous reshuffling of his cabinet is indicative of the fact that he has very little use for advisors.  So whether it is Rex Tillerson or Mike Pompeo as the Secretary of State, or whether it is H. R. McMaster or John Bolton as the National Security Advisor, does not make that much difference. Trump follows his own worst instincts. The problem is that Pompeo and Bolton share many of the same traits as Trump, such as prejudice, xenophobia, and jingoism. These individuals could make Trump’s positions even more resolute. Bolton, in particular, is well known as a “neoconservative” warmonger and advocate of “regime change” in Iran. As I pointed out in my 2006 book, The United States and Iran: Sanctions, Wars and the Policy of Dual Containment, Bolton was instrumental in the invasion of Iraq in 2003. This is, of course, quite ironic, since in his presidential campaign Trump lashed out against the Iraq war. Bolton is also very close to the colonial regime in Palestine and the nemesis of Iran, i.e., Israel, and this makes his desire to contain Iran even more acute.  So people such as Bolton and Pompeo will only heighten Trump’s animosity toward Iran and intensify his desire to overturn what he believes to be one of the most important legacies of the Obama Administration, the Joint Comprehensive Plan of Action (JCPOA).

What lies behind EU’s attempts to keep the JCPOA and their difference in behavior with regard to the agreement?

The Europeans see Iran as a potential untapped market, a market with a large and young population, a latent effective demand backed by oil. This is their main reason for keeping the JCPOA alive. Of course, there are other reasons, such as geopolitical ones and proximity of Iran to Europe. More importantly, however, they are not collectively ruled by the likes of Donald Trump, whose traits and behavior were mentioned above. Someone such as Federica Mogherini, the Italian High Representative of the European Union for Foreign Affairs and Security Policy, appears to be a rational and capable politician who has so far managed to keep the JCPOA from falling apart. How long will she be able to do that, of course, remains to be seen.

If Trump withdraws from the JCPOA, how will the EU respond? Will it align itself with Trump?

It depends on how Trump withdraws from the agreement and what type of sanctions he tries to impose on Iran. Some of his advisors are now talking about adding a “supplemental agreement” to the JCPOA. If Iran does not accept this new agreement, then, presumably, Trump will impose sanctions.  If these sanctions do not affect other countries’ dealings with Iran, the Europeans might continue to honor the JCPOA. But if Trump imposes secondary sanctions on Iran, the European countries will be forced, once again, to choose between dealing with the US or Iran. In that case, they will choose the former. When the Clinton Administration first imposed secondary sanctions on Iran, the Europeans, as well as many other countries, first resisted. But eventually they turned around and aligned themselves with the US policies.

The US Ambassador to the UN, Nikki Haley, has said those who say a US exit from the deal will send signals to North Korea that US commitments to its agreements cannot be relied upon are totally wrong; to the contrary, it will send the message that the US is ready for negotiations and will not accept a bad deal. She has stated: “A strong leadership towards Tehran will yield better results with Pyongyang.” Do you believe the Iran deal will affect talks with North Korea?

Ambassador Nikki Haley is a Trump sycophant who is merely positioning herself for a higher office. Therefore what she says is not really worth analyzing. However, various analysts have compared North Korea’s talks with the US to Obama Administration’s negotiations and agreement with Iran. But this comparison has its limits.  North Korea and Iran are very different entities, they are located in different regions of the world, with different histories, social systems, types of government and grievances. North Korea possesses nuclear weapons and, presumably, missiles that can reach the shores of the US. The North Koreans can negotiate from a position of relative strength and, even though it is unclear what their goals are, they can get some concessions from the US, such as reducing US threats and sanctions. Iran, on the other hand, has had neither nuclear weapons nor advanced intercontinental ballistic missiles. The Iranians negotiated with the P5+1 (five permanent members of the Security Council and Germany) from a relatively weak position. The agreement that was reached was, indeed, flawed to begin with, not in the sense that Trump is talking about, but in the sense that the JCPOA left intact many sanctions imposed on Iran for its “support for terrorism,” “violation of human rights,” developing missile technology, etc. The JCPOA also did not have a workable and meaningful guarantee mechanism that would prevent the US and other members of the P5+1 from cheating or bringing back more and more sanctions under different pretexts.  In addition, the JCPOA left Iran in a precarious position, where a member of the P5+1, such the US, could leave the agreement, but Iran would have to abide by the agreement in order not to antagonize the other members of the P5+1. What North Koreans can learn from all of this is that any agreement reached with the US must not be full of holes.

The head of the Atomic Energy Organization of Iran, Ali Akbar Salehi, has said: “Our enemies must know that if the JCPOA is overturned, albeit we do not pursue such a goal, our top officials can decide, under such special circumstances, to respond accordingly to those who withdraw from the deal.” Although Mr. Salehi’s comments are not very lucid, what is your opinion on a US withdrawal and the approach Iran should take? What options will Iran have?

If the US withdraws from the JCPOA without imposing secondary sanctions on Iran, then I assume Iran will do nothing since it can continue dealing with the European countries as well as other countries, such as China and Russia. But if secondary sanctions are imposed and the Europeans stop dealing with Iran, the situation will be different. In that case, Iran could, as various Iranian officials have threatened, resume enriching uranium. But what is the point of such an enrichment? As someone who has followed the US-Iran relationship for decades, and the thorny issue of Iran’s nuclear activities, I always thought that Iran’s massive uranium enrichment does not make much sense. The enrichment, Iran argued, was not intended to develop nuclear weapons and was only meant to produce nuclear energy. But this was like putting the cart before the horse, since Iran did not yet have the capability to produce nuclear energy efficiently on its owns on a mass scale. Nevertheless, Iran used the enrichment as a bargaining chip to remove some nuclear related sanctions. Repeating the same scenario by Iran, if the US again imposes secondary sanctions, appears to be neither feasible nor prudent.

Stephen Walt, American professor of international relations at Harvard University’s John F. Kennedy School of Government, has written in his latest article in Foreign Policy that a war between Iran and the US is not probable; but the danger is higher here than it is with a US-North Korea war. Should the US decertify and destroy the JCPOA multilateral agreement, what do you think are the chances of a military confrontation between Iran and the US?

I argued in my 2013 book, Containing Iran: Obama’s Policy of “Tough Diplomacy,”that President Obama’s policy toward Iran in his first term, which was crafted mostly by the Israeli lobby groups, consisted of preparing the groundwork for an eventual series of aerial attacks on Iran, particularly attacks on nuclear facilities. The groundwork itself entailed such steps as unifying the Europeans behind the US, imposing crippling sanctions on Iran, destroying the Iranian economy, creating massive discontent in Iran that would lead to uprisings, imposing an oil embargo, etc. The policy was successful in so far as the Europeans joined the US in imposing crippling sanctions and the Iranian economy faced massive hardship. There was also a great deal of discontent in Iran. However, there were no uprisings, perhaps because some of the discontent was directed against the sanctions imposed. In the end the policy of tough diplomacy did not achieve its ultimate goal and the result was the JCPOA. Now, will Trump succeed where Obama failed? It is every hard to tell. One thing is for certain: without an adequate groundwork no US military adventure will succeed, and laying the proper groundwork is not easy, especially if Iran can put its own house in order and avoid making mistakes.

Sasan Fayazmanesh is Professor Emeritus of Economics at California State University, Fresno, and is the author of Containing Iran: Obama’s Policy of “Tough Diplomacy.” He can be reached at: sasan.fayazmanesh@gmail.com.