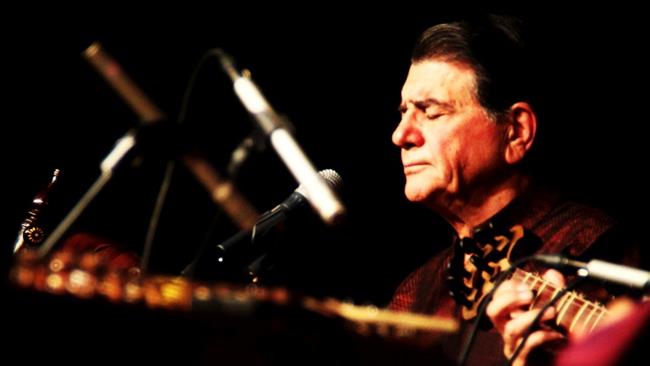 CASI mourns the passing of great Iranian maestro Mohammad Reza Shajarian. He was an internationally acclaimed artist whose powerful voice filled the homes of Iranians for generations.  He is most famous for his brilliant recitations of Persian poetry and for “Rabbana”, the call to prayer played at the breaking of fast during the month of Ramadan.  But to Iranians, he was more than an artist, he represented the heart and soul of Iranian cultural life.

Asked about his relationship to art and politics, he told interviewers “some do art for their own sake. I do art for the sake of humanity. For the sake of the people in whose midst I live. When I see humanity face pains and sufferings, I face them too. I too have borne these sufferings.  Art, fundamentally, is the language of resistance. It’s not just a matter of joy and description. In any part of the world where there is inequality, injustice, suffering, and oppression, art grows. That’s because people come to express their resistance through art whether it is painting or cinema or music and singing. So I have used music as an art for the betterment of humanity, not as a matter of passing time.  My art has been an art for resistance and the people understood that my voice is their voice. I came to remove silence from their hearts, and give voice to them. One has to come to resist oppression and tyranny anywhere in the world.”[1]

After the events of Black Friday in September 1978, when the Shah’s military massacred demonstrators in Tehran’s Jaleh Square, Shajarian and colleagues Hossein Alizadeh and Mohammad Reza Lotfi began meeting in Lotfi’s basement to produce politically conscious music relevant to the events unfolding at the time, what would later be viewed as the revolutionary moment.[2]  One of the songs they produced was called “Jaleh Khoon Shod” (“The Dew Turned to Blood”). The lyrics were borrowed from a poem about the massacre written by Tudeh Communist Party member Siavash Kasraie.[3]

Shajarian is a conscious product of his time, an artist who believed in the liberation of all people from suffering and oppression.  His renditions of “Jaleh Khoon Shod”, “Morgh-e Sahar”, “Hamra Sho Aziz”, and the concert he organized after the devastating 2003 earthquake in Bam to raise funds for earthquake victims, are all testaments to this aspiration.

Shajarian’s brilliance and memory will live on in the work of his children, world-renowned artists Homayoun and Mozhgan Shajarian.

“Join us aziz, join us aziz, suffer not alone.  Our common pain cannot be healed through solitude.  The troubles of life, for us, will not be resolved without collective struggle.”